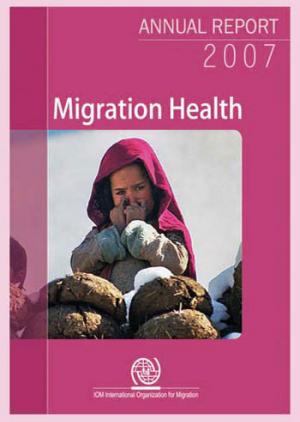 Thousands of Iraqis displaced by on-going conflict in the country are in need of greater and long-term assistance, according to IOM.

According to the Organization and the Iraqi Ministry of Displacement and Migration, there has been a significant rise in population displacement recently with between 30,000 to 36,000 people fleeing their homes in the past few weeks alone. Most of the displacement has occurred in Baghdad, Anbar and Diyala governorates with additional displacements also occurring in localized areas of conflict. More than one million people are now displaced in the country as a result of three decades of conflict and the on-going violence.

Working closely with the Ministry of Displacement and Migration, the UN and non-governmental organizations, IOM is coordinating the monitoring of internally displaced populations (IDPs) in central and southern Iraq.

In addition, the Organization is carrying out emergency distributions of food and non-food items such as mattresses, blankets, water buckets, cooking sets, and hygiene kits to vulnerable populations as well as providing clean water and medical assistance. However, shelter assistance is also required.

"These people may need long-term assistance as well. There needs to be a long-term solution to help them and we need to plan for that," said Rafiq Tschannen, IOM's chief of mission for Iraq.

IOM is seeking US$10 million for a 12-month emergency programme to help displaced people who are either living with family or friends or who are squatting in public or abandoned buildings and vulnerable populations in need of similar assistance as well as for other community assistance work.

Over the past few weeks, IOM has also evacuated 150 patients to other countries for medical treatment after Iraqi Ministry of Health requested the Organization to restart its medical evacuation programme. At least 6,000 Iraqis are currently on the Iraqi Ministry of Health list awaiting life-saving treatment abroad for conditions including cancer, heart disease and neurological disorders. Many of those on the list are children injured by bomb explosions or mines or those who have medical conditions Iraqi hospitals are unable to treat due to lack of staff, equipment or medicines.

The programme, which is also in need of funds, matches patients with pro-bono medical assistance provided by hospitals abroad. In its previous medical evacuation programme in Iraq, IOM assisted nearly 300 patients between 2003 and 2005.