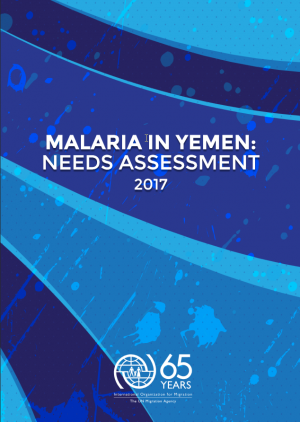 IOM has asked the Mentor Initiative (Mentor), London based international NGO that specializes in integrated vector management in humanitarian emergencies, to finalise an assessment on malaria control in Yemen, with the objective to make recommendations to IOM on how to achieve maximumn impact on malaria control with limited financial means. For this, Mentor finalized a first draft in May, followed by a revised version in June that has incorporated most of the feedback that it had received from the different stakeholders (NMCP, WHO and IOM). In order to field-test the recommendations of this report. Two members of the Mentor HQ left for Yemen on the 17 July to talk to the authorities in Yemen, the stakeholders and nongovernmental organizations, all with the objective to prepare a final version of the assessment report to be submitted to IOM and via this organization to the main stakeholders (National Malaria Control Program, Ministry of Health, WHO).

The conflict in Yemen has been ongoing and, by most accounts, escalating since March 2015. This has resulted in a complex humanitarian situation where conflict has exacerbated existing volatilities and vulnerabilities in a country already considered to be insecure. Already the world’s seventh most water insecure country, Yemen is now faced with severe challenges associated with deteriorating infrastructure, such as restricted access to and delivery of healthcare, water and sanitation and many other essential services. The latest UNOCHA report states that 18.8 million of Yemen’s population (27.4 million) are in need of humanitarian assistance, 10.3 million of those being acutely in need. Whilst conflict related deaths have been estimated at 7,100 and injuries at 44,000 (March 2015 and November 2016), these numbers fail to adequately depict the severity of the situation as information is primarily collated from health facilities. Between 274 and 600 health facilities are reported to have been destroyed or damaged, 31 health workers injured and a further 13 killed over the past 24 months, calling into question the accuracy of data collected from these strategic points. Patient consultations have dropped by as much as 20% at health facilities and underreporting of health issues, both directly and indirectly related to conflict, is therefore likely to be widespread. 14.8 million people lack access to basic healthcare and 8.8 million are living in severely underserved areas, representing a 76% increase since before the conflict began.