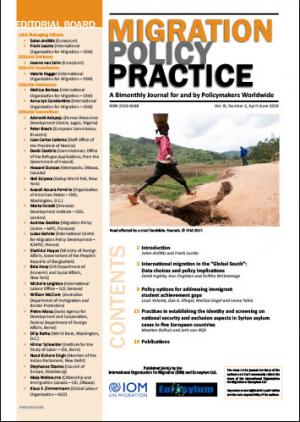 Migration Health Research Podcast No. 2
Professor David Ingleby discusses the factors that affect the international migrant stock in developing countries, and why it appears increasing or decreasing depending on these factors. Also, Ms. Angelica Neville talks about the health issues, risks, and vulnerabilities associated with heightened mobility in the Solomon Islands.

Summary
International migration to and between developing countries (the “Global South”) is generally thought to be increasing. We show that this belief stems from the fact that three choices are commonly made when data are analysed: (a) to report migrant counts as absolute figures rather than expressing these as percentages of their respective populations; (b) to use UN DESA’s regional rather than the World Bank’s economic definitions of “Global South” and “Global North”; and (c) to include refugees and asylum seekers in migrant counts rather than excluding them. This article contends that when discussing the relationship between migration and development, there are stronger arguments for making the opposite choices stated, and that when this is done, the results show a steady decline between 1990 and 2015 in the percentage of the South’s total population who are international migrants. This finding has radical implications for migration research and policy, which we briefly describe.